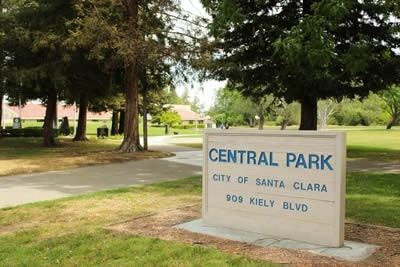 Updates for the Santa Clara community regarding the Task Force on Diversity, Equity, and Inclusion, the Independent Redistricting Commission, and upcoming Sunset Cinema events.

Applications due July 30 for Task Force on Diversity, Equity, and Inclusion

The City of Santa Clara is now recruiting two new advisory members to join the Task Force and aid its efforts to achieve social and racial equity with the help of the local community. The Task Force was created in September 2020 to make policy and strategy recommendations that benefit historically disenfranchised and marginalized communities and promote inclusivity.

Self-identified younger and older adults are encouraged to apply; one younger adult and one older adult will be selected after interviews during the week of August 23. Initial applications are due by 5:00 p.m. on July 30, 2021.

Visit SantaClaraCA.gov/Commissions for more information and to apply.

The City of Santa Clara is looking for residents to join its Independent Redistricting Commission, to help guide the public process to adopt a new City Council District election map based on 2020 U.S. Census data.

Santa Clara is required to complete the redistricting process for its six districts every 10 years. Based on the new 2020 Census data, the Commission must adopt this new map by no later than April 17, 2022. Part of this process includes holding a series of at least four required public hearings.

The Commission will be comprised of up to seven members and one alternate member in the case of a resignation; ideally, there will be one member from each district and one at-large. If there is a shortage of qualified applicants, the city will prioritize filling seven commissioners, then five, then three. Members are selected through a random draw, and will receive a stipend of $50 per each publicly noticed meeting.

Applications are due by 5:00 p.m. on August 13, 2021. For more information, visit SantaClaraCA.gov/Redistricting.

The City of Santa Clara’s Sunset Cinema series, sponsored by KeyPoint Credit Union, is back for the 2021 summer and fall season. Movies will begin after sunset for the whole family to enjoy.

Members of the Santa Clara community can come together to attend these events at no cost. Pre-registration through EventBrite is encouraged but not required.

This year’s screenings are being held on Fridays in four different City parks. The first event of the season was held on July 16 at Reed & Grant Sports Park. The remaining screenings include:

Visit SantaClaraCA.gov/SunsetCinema for more information; park locations and movies are subject to change.