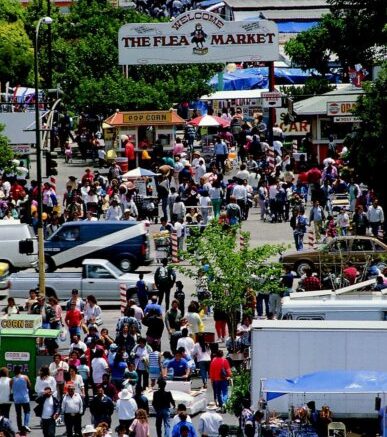 After an intense ongoing debate between the City of San Jose, flea market vendors and community members, San Jose’s City Council has made a final decision on the future of the city’s long-standing flea market located at 1590 Berryessa Road in San Jose.

The City Council voted last week to rezone the flea market land and replace it with high density housing and retail, ending the flea market’s 60-year run at its current location.

The new development aims to transform the area around the Berryessa BART station into a dense, transit-centered district with up to 4.2 million square feet of new office space and 5,100 new housing units.

As part of the decision, the City will provide a $5 million vendor business transition fund to help vendors relocate. Additionally, the new development will feature a five-acre urban village where some of the existing vendors will be able to relocate their shops.

The flea market will also remain open for another three years as part of the agreement.

“I think councilmember Cohen has done an admirable job of negotiating millions of dollars of benefits and most importantly, a means for vendors to continue to be part of an urban market for many years to come,” Mayor Sam Liccardo said in an interview.

The flea market is known locally and beyond as a San Jose landmark where people come from all over to experience the shopping, food and live entertainment. More than four million people visit the flea market each year and over 6,000 vendors participate week to week. For more information about the San Jose flea market, visit here.