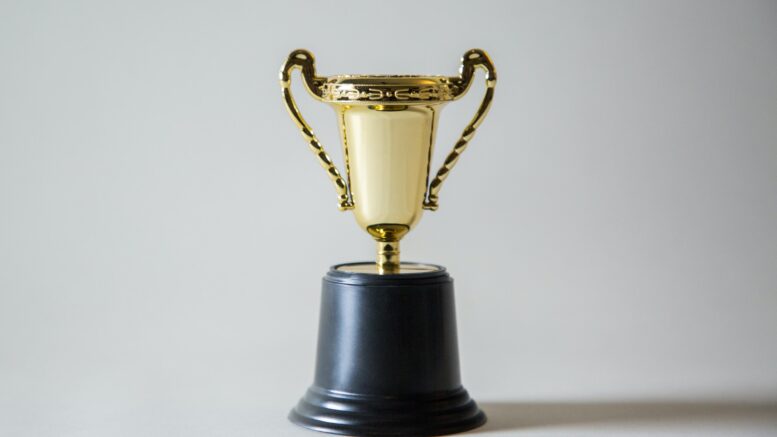 This month, we’re recognizing some of South Bay’s rising stars, inspiring young citizens making strides in various sectors of our shared lives – music, writing, tech innovation and service. These individuals are exceptional not just for their achievements, but for their dedication to their craft and their perseverance in light of an unprecedented year. Know a young person making a contribution in your community? Send us a note at newstips@cupertinotoday.com.

Eight South Bay residents were recently selected to join more than 200 outstanding young musicians from across the country for Carnegie Hall’s three national youth ensembles: National Youth Orchestra of the United States of America (NYO-USA); NYO2, a sister ensemble for younger teens (ages 14-17); and NYO Jazz. Participants were recognized by Carnegie Hall as being among the finest players in the country following a comprehensive and highly selective audition process.

Invited participants will gather in New York this July for a month-long residency with meaningful mentorship and musical activities including private lessons, master classes, and performances, led by an all-star faculty made up of principal players from top American orchestras and esteemed jazz artists.  All three national youth orchestras will play new works written specifically for them and will create digital performances.

“After a challenging year in which most young musicians haven’t been able to play together, we are very happy to be able to convene these groups again in person for an unforgettable summer of music-making,” said Clive Gillinson, Carnegie Hall’s executive and artistic director. “This will be an opportunity for these wonderful young players to connect with their peers, explore music together, and train with some of the top professional musicians in the country.”

Since launching the National Youth Orchestra of the United States of America (ages 16-19) in 2013, Carnegie Hall has built on the program’s success by introducing the two additional ensembles, NYO2 in 2016 and NYO Jazz in 2018.  Each of these highly-selective programs—free to all participants—is dedicated to the proposition that talented young musicians thrive when they have the opportunity to expand their musical, social, and cultural horizons and share their artistry with audiences around the globe.

Sunnyvale high school student Ritvi Ranka’s tech innovation might play an important role in workforce health and safety as Silicon Valley returns to the office in the coming months.

The high school junior has developed and patented a sensor-based, low cost, 100% touchless solution to sanitize door knobs, and is now piloting her prototype at different clinics around Cupertino and Santa Clara. She developed the product, dubbed the Ritize, as a project in pursuit of the Girl Scout Gold Award, the highest achievement in Girl Scouts.

“As a female in STEM, I am part of a significantly underrepresented group,” Ranka said. “One of my main goals and motifs of this project is to inspire young girls.”

Research revealed that doorknobs can contaminate half an office within a matter of hours. As the COVID-19 virus continued to spread, Ranka determined to develop a sanitization method for a better and cleanlier use of doorknobs.

She patented her design, in which a wave of the hand activates a spray from the mounted device above the doorknob, covering the handle in sanitization liquid.

Ranka has presented her project to the City Councils in Cupertino and Santa Clara, and created a YouTube presentation about her project and a website to garner awareness and make the case for better hygiene and sanitization methods.

“When this pandemic comes to an end, hygiene will be built into our routines. We need to understand that every surface, every shelf, every countertop always has bacteria residing on them. Sanitization of these surfaces is one of the best ways to help fight this crucial issue.”

Two South Bay teens were just awarded the top honor in the 98th annual Scholastic Art & Writing Awards, the nation’s longest running and most prestigious recognition and scholarship program for creative teens in America.  Esther Sun from Los Gatos and Keerthi Lakshmanan from San Jose, both high school seniors, were among 16 students nationally to be awarded scholarships of $10,000 each.

Sun’s nationally recognized writing portfolio, “Chaconne Physics,” is a collection of elegies in remembrance of the writer’s grandparents as well as victims of injustice around the world, and blurs the boundaries between music and verse.

Lakshmanan’s nationally recognized writing portfolio, “American-Made,” explores what it can mean to be a child of America from the perspective of a young Indian-American through a collection of poems and short stories.

Other esteemed alumni of the teen Scholastic Art & Writing Awards include Stephen King, Joyce Carol Oates, Andy Warhol, and Amanda Gorman. The full list of winners can be found here.