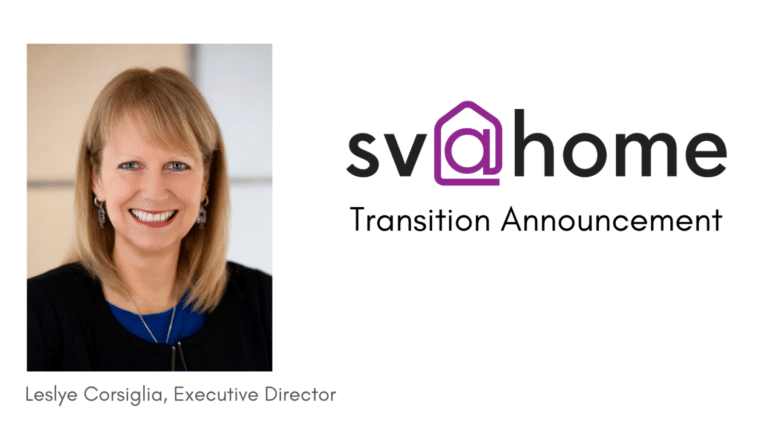 SV@Home is seeking a new executive director as current chief Leslye Corsiglia is stepping down after six years to pursue other adventures, board chairs Kevin Zwick and Candice Gonzales announced last week in an email to members.

Corsiglia, a founding member of SV@Home, helped to grow the organization to twelve employees and to solidify a position for the advocacy group in the housing space. Prior to joining SV@Home, she served in the San Jose Housing Department for 14 years.

Corsiglia will remain with SV@Home until a new leader can be identified, and will continue to serve as a consultant to continue growing the SV@Home Action Fund. She also is a current co-chair of CASA, a newly formed task force charged with developing a housing strategy for the nine-county Bay Area.

SV@Home has selected an executive search firm and created a selection committee to identify a new executive director, a process expected to take several months.