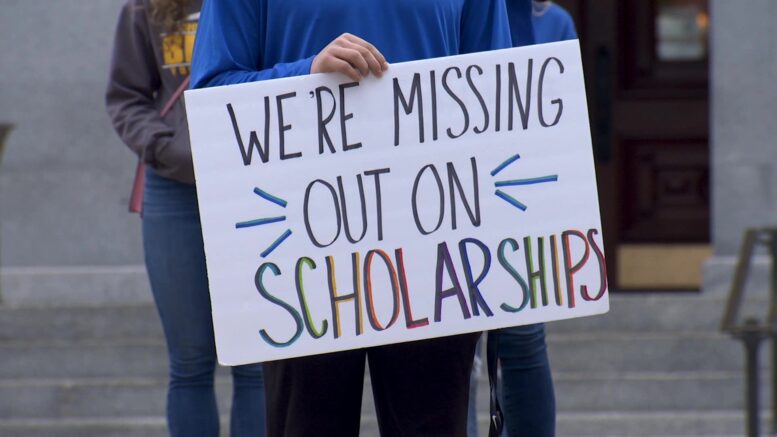 Fresh off a legal victory in San Diego County last week that removed all restrictions on indoor and outdoor sports in that county, a law firm plans to file similar legal challenges on behalf of athletes and parents in counties across the state — including Santa Clara County — aiming to enable indoor youth sports like volleyball, basketball and wrestling to resume.

The legal challenge argues there is no medical reason that college and professional athletes can compete indoors, but not high school students. A ban on indoor youth sports has a disparate impact on female athletes, they add.

“We are standing up for all girls who deserve the same rights as professional and college volleyball players who have been allowed to safely play during the pandemic,” said Stella Buch, whose sport is among the most popular for girls in the state, with over 60,000 players.  “It is unconstitutional and discriminatory of Gov. Newsom to shut out girls from sports.”

The efforts are part of a grassroots movement called Let Them Play CA — a fast-growing coalition of over 60,000 kids, parents and coaches across the state — that has been demanding since Jan. 1 that Gov. Newsom lift the nation’s toughest restrictions on youth sports, citing data suggesting they are doing more harm than good.

Last week, the movement won a victory after California public health officials allowed outdoor youth competitions such as football, soccer, baseball and cheerleading to resume with modifications.  Now, the movement is advocating to resume youth indoor sports, as well. Heather Buch and supporters point to evidence from multiple sports associations, experts and colleges that suggest indoor sports can be played safely.

In the San Diego ruling, Judge Earl Maas III found “no medical evidence that competing in team sports is safe for college and/or professional athletes but not high school athletes,” referencing “persuasive evidence” provided by a University of California-San Francisco expert on infectious diseases.

Without facts to the contrary, Gov. Newsom will find it difficult to appeal the legal victory in San Diego, which paves the way for legal victories in the counties statewide, according to Stephen C. Grebing, of Wingert Grebing Brubaker & Juskie.

“We are thankful for the Governor’s decision [last] Friday, but this new ruling overrides his tier system and will bring both indoor and outdoor sports to kids in San Mateo and throughout the state,”  said Brad Hensley, co-founder of Let Them Play CA.