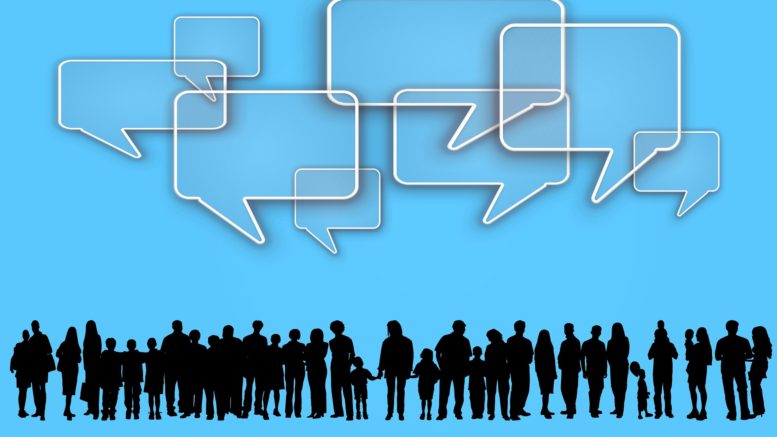 Scharf attacks opponents and their intelligence

Throughout the discussion, Scharf repeatedly called his opponents “developer funded and controlled” without presenting evidence to back up the claims. Scharf also regularly questioned the intelligence of his opponents, telling them to “become familiar with RHNA and housing allocation, because they clearly don’t understand it.” At another point, Scharf stated that his opponents “need to learn and understand how these things actually work.”

Both J.R. Fruen and Hung Wei shot back at the attacks, discussing their broad base of local support. Fruen told voters to look at campaign donation reports to see exactly who was supporting the candidates.

Despite the attacks, Scharf said, “Cupertino’s reputation is something we can be proud of.” He subsequently attacked his opponents, again without evidence of having a “hidden agenda.”

Vallco continues as the eternal topic

All candidates were asked about the Vallco redevelopment, which has featured at every Chamber forum since 1995.

Moore found herself regularly defending her role in fighting the Vallco SB 35 project, upheld in a significant legal ruling. Moore denied costing the city legal costs and instead attempted to shift blame onto Wei and Fruen.

Scharf commented that he believes the project is not a done deal, maintaining hope for a new project. Fruen said that the current council had poisoned the well of negotiations, calling for leaders to learn from the process.

The lack of affordable housing in the region was a consistent thread of discussion throughout the debate. Wolfe Road’s homeless encampment put the homelessness crisis front and center as well.

“If we don’t plan for the changes that we want or that we can tolerate then we get someone else’s vision for change,” Fruen said. He also called for residents to have empathy for the homeless, as “our own neighbors and residents.”

Moore, following attacks on Fruen and Wei, said that “the city is not a construction company and cannot force developers to build.” Instead, she advocated for more lobbying at the state and county level for affordable housing funds.

Regarding homelessness, Moore said, “This is not something that Cupertino as an island can solve. This needs to be a regional solution.”

Hung Wei called for a citizens’ advisory committee to help plan future housing projects, calling it a challenge and opportunity. “Instead of dividing our city, let’s bring our city together,” Wei said.

In contrast, Scharf pointed to a need for more affordable housing and praised the work of State Senator Jim Beall. Scharf and Moore both said Beall has fought for the funding the city needs. Fruen was quick to point out that Beall has endorsed him and not Scharf or Moore.

Scharf also called state legislative efforts to increase housing density as having a goal of “gentrification and displacement.”

“We didn’t choose to live in a high density city,” Scharf said.

In perhaps her most memorable line, Charlene Lee called out city leaders on homelessness.

“No one will go to a dirty, unsafe city,” Lee said, while making outlandish, unsubstantiated claims against city councilmembers.

Kausar opened the Q&A portion asking about COVID-19 relief for businesses in the city.

Scharf, stating, “we are going to be with this for a very long time,” called out the lack of sales tax revenue from the closed Vallco mall.

Fruen and Wei, in their responses, focused on short-, medium-, and long-term horizons. Fruen called it “a real crisis and requires all hands on deck,” while advocating for mixed development and business outreach.

Wei called for a diverse approach because “businesses are not one size fits all.”

Moore highlighted a city grant program and called for an end to retail leakage to other communities.

Another forum to come, voting underway

Voting in Cupertino and across Santa Clara County is well underway. All registered voters received a ballot by mail and can return it via USPS, a drop box, or at a vote center. Ballots must be postmarked by 8 p.m. on November 3.

The five candidates will meet again for another forum Monday, October 12, hosted by League of Women Voters.