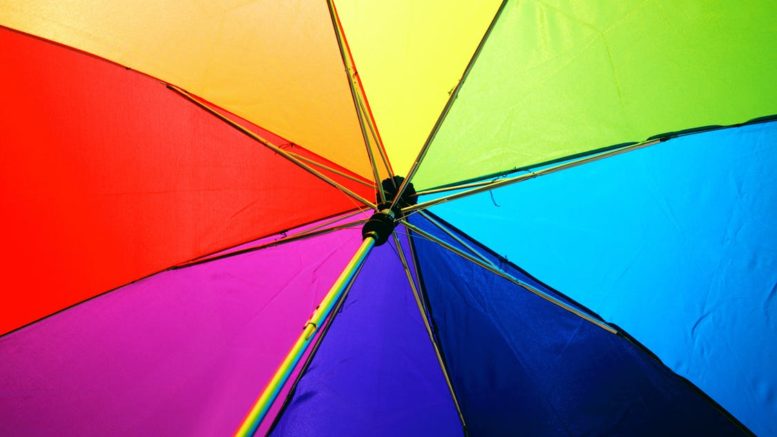 One of Scharf’s opponents in the November election, where five candidates are vying for two seats, is J.R. Fruen, the city’s first openly gay candidate for city council.

The yard-sign debate comes as Scharf has faced criticism in recent weeks over the city’s failure to move forward with a rainbow crosswalk, which advocates pushed for at recent council meetings, to show support for the area’s LGBTQ+ community.

Numerous public commenters during recent council meetings have questioned the city’s apparent inability to paint a rainbow crosswalk. Other cities across the state have painted rainbow crosswalks, without issue.

One local advocate questioned Scharf’s commitment to LGBTQ rights, wondering he is using the community as a political prop.

“I am anxious to hear about the connection he has to LGBTQ people that is strong enough to attach his name to the rainbow flag in a race against a candidate who openly identifies as LGBTQ,” Drew Lloyd, head of advocacy group BAYMEC, told San Jose Inside.

Justin Li, a Cupertino resident, recently spoke at a Cupertino City Council meeting on behalf of Cupertino Youth LGBTQ+ Advocates. Li pointedly called out Scharf for his lack of action.

“This never had to be a political attack, yet Mayor Scharf decided to always talk about how he personally always strongly supports it, without concrete actions, and appropriating the rainbow symbol on his yard sign, while demonstrating that he’s not willing to put in any real effort to fight for the community,” Li said.

Despite the criticism, Scharf is forging ahead, stating in a post on his website that he plans to order more signs.

“Due to the unwarranted political attack, I felt it necessary to communicate my strong support for the LGBTQ+ community,” Scharf said. “The response has been incredibly positive with high-demand for these signs among residents regardless of sexual orientation.”

Whether that support is followed up by the concrete-painting action that LGBTQ+ activists are calling for remains to be seen.