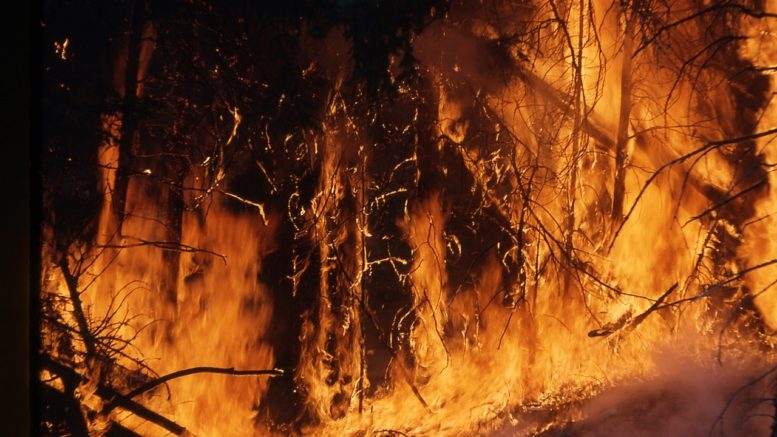 The major fires in the mountains east and west of the West Valley continued to burn throughout the weekend. While favorable weather, including light rain showers Sunday night, aided firefighters, the blazes still threaten thousands. Air quality throughout the weekend across the Bay Area remained at unhealthy levels due to smoke.

As of Monday morning, firefighters had made significant progress making buffers along numerous fronts of the fire. Potentially windy conditions Monday had not come to fruition and the Red Flag warning was cancelled at 930 a.m.

Battalion Chief Mark Brunton of CAL FIRE said in a morning briefing Monday that tireless efforts were making a difference.

“It’s painstaking work but we’re out there doing that with what we’ve got,” Brunton said.

SCU Fire in the east hills

Meanwhile, the SCU Complex fire was 10% contained as of Monday morning. At more than 340,000 acres burned it is now in the top fire largest fires in state history.

Evacuations and warnings have expanded steadily to the south and southeast, including large portions of southeast Santa Clara County. The next major update from officials is set for Monday afternoon.

On Sunday, county officials set up an evacuation point at Quinlan Community Center in Cupertino. It joins the Milpitas Library and Sobrato High in Morgan Hill. American Red Cross personnel are staffing the sites.