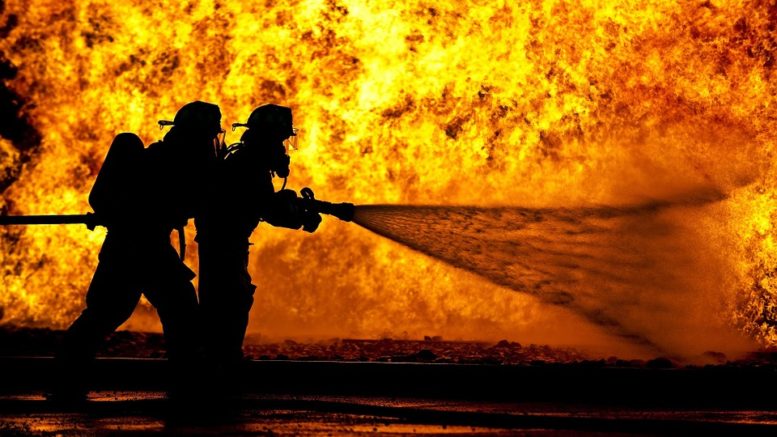 A major set of fires on the border of San Mateo and Santa Cruz Counties west of the West Valley is causing major air quality issues across the region.

Combined with dozens of other flare-ups, including in Marin, Sonoma, Solano, Napa, and Contra Costa Counties, the region is facing an early season firestorm.

Cal Fire has evacuated a large portion of the mountains west of Cupertino and Saratoga from Hwy. 35 to the coast. Track evacuation update on CAL FIRE’s San Mateo-Santa Cruz unit Twitter page here.

Sunday’s lightning storm is the apparent cause of the fires. As of Wednesday morning, smoky air and ash were present throughout the West Valley.

The Bay Area Air Quality Management District has put the area in a Spare the Air alert. Officials ask residents to avoid extended physical activity outdoors, and to stay inside with windows closed. AC units should be set to circulate to avoid bringing in outside air.

Combined with the heat wave and rolling power outages, a new level of malaise is apparent. Cupertino is operating a cooling center for those in need of a place to refresh.

The Cupertino Senior Center, 21251 Stevens Creek Blvd., is open Wednesday from 1 to 8 p.m. for resident cooling.

Santa Clara extended their cooling center through Friday. Located at the Santa Clara Senior Center, 1303 Fremont St., it is open 1:30 p.m. to 8 p.m. each day.