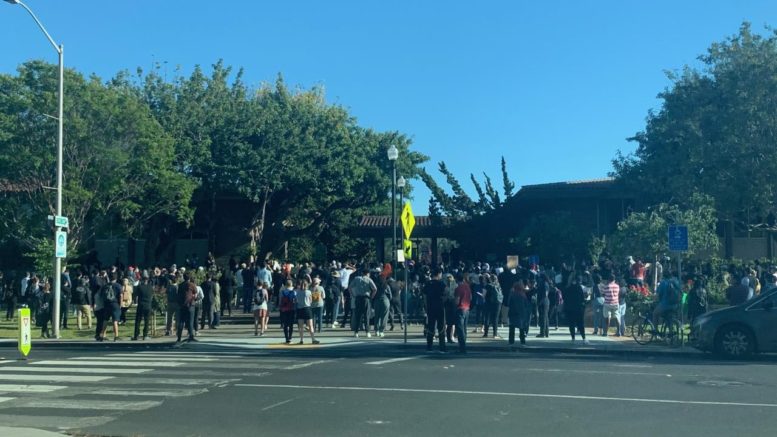 Many West Valley cities are revisiting their policing practices following the killing of George Floyd in Minneapolis and the subsequent protests against police brutality that have gripped the nation for more than a week.

“Our chief and officers serve Santa Clara with professionalism and integrity,” Gillmor said.

In a video message, the two briefly discussed the city’s move to join an effort led by President Barack Obama. That ‘Commit to Act’ pledge aims at address police ‘use of force’ policies, which have disproportionately harmed black Americans.

“This pledge calls for commitment to action on evaluating our policies and reforming common sense limits on police use of force,” Gillmor added.

Gillmor and Nikolai committed the city to four specific actions:

The commitment came after a demonstration outside of Santa Clara City Hall, were peaceful dialogue called for action.

“Discrimination has no place in our community. These are the first steps toward a better future,” the city said in a statement.

It remains to be seen how local residents will view the commitment, and what changes might actually ensue.