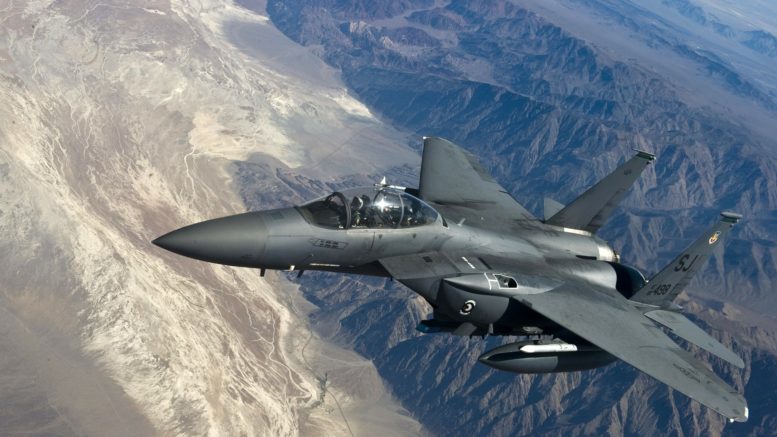 As a salute to health care workers, the California Air National Guard’s 144th Fighter Wing will perform a flyover Wednesday.

The four F-15C fighter jets are expected to be in and around the West Valley at approximately 10:55 a.m. Wednesday. Louder than average jet noise is possible.

Additionally, the jets will fly over Sacramento, the San Joaquin Valley, and portions of the Los Angeles area. They will do low passes at the State Capitol, the State Office of Emergency Services, and other locations.

Residents, depending on their locations, may be able to see the flyover from home. All residents should maintain social distancing, and heed shelter-at-home restrictions, in viewing the flyover.

Organizers and county officials are asking residents not to travel to or congregate at local parks during the flyover.

To get in on the statewide conversation, tag the California Air National Guard and hashtag #144FW #AmericaStrong and #CaliforniaNationalGuard.

The 144th’s flyover follows recent joint flyovers from the Blue Angels and Thunderbirds in other areas of the country.

Be the first to comment on "Military jet flyover Wednesday morning"