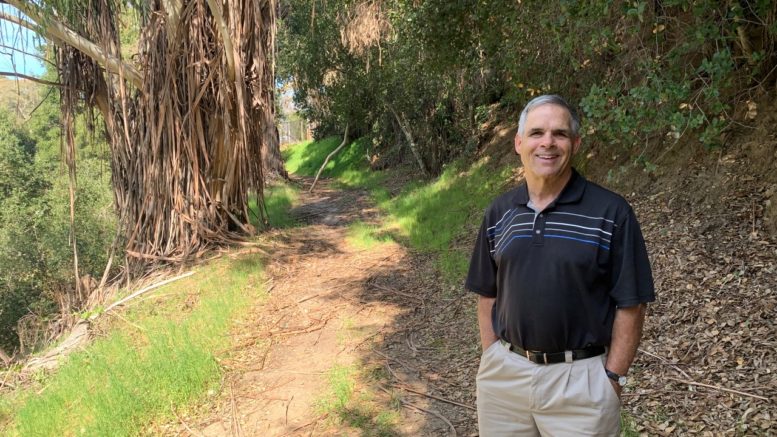 A local group focused on bicycle and pedestrian access and safety has awarded a Cupertino couple as its Advocates of the Year.

Walk-Bike Cupertino, a non-profit community group with more than 2,000 members, has named Ellen and Richard Lowenthal as their top advocates, highlighting the Lowenthal’s work and support for the Linda Vista Trail in Cupertino.

Eventually, the trail will connect Linda Vista Park to McClellan Ranch, as part of an emerging greenway network in the city that will reach Varian park and Stevens Creek Elementary.

“We are so pleased to recognize Ellen and Richard for their sponsorship and most of all, the work we are able to accomplish in bringing hiking and bicycling to more neighborhoods for Cupertino residents to enjoy,” said Larry Dean, a founding member of the organization.

The Lowenthals sponsored a land transfer and entitlement for the new trail portions, which cleared the city council in October 2019.

Since the group’s founding in 2014, it has successfully advocated for major bike and pedestrian infrastructure improvements in Cupertino, where the city currently has 14 major bikeway projects underway.