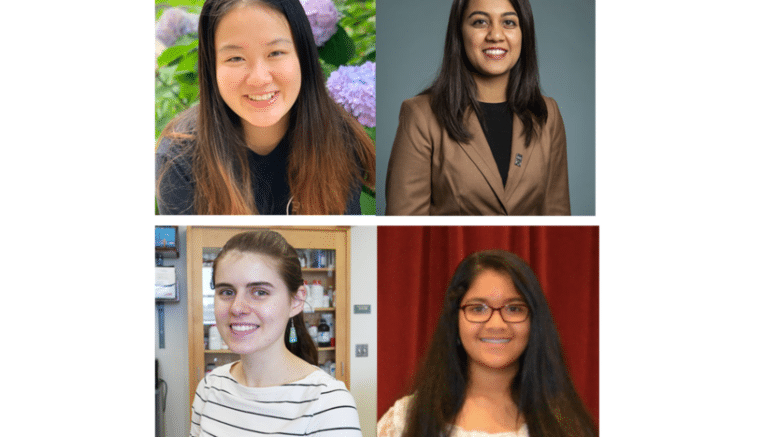 Four local teens – out of just 20 nationwide – have won major scholarships in recognition of innovative and entrepreneurial research.

The awards, presented by the Davidson Institute for Talent Development, honor students who complete projects with “the potential to benefit society in the fields of science, technology, engineering, mathematics, literature, and music.”

Cynthia Chen of Cupertino, who attends The Harker School in San Jose, was awarded $50,000 for her research on neurology and computation to support cancer research, which could reduce the time and cost of development more targeted treatments.

“I am truly honored and humbled to be named a 2019 Davidson Fellow,” said Chen.

Two Sunnyvale teens – Natasha Maniar and Aryia Dattamajumdar – were among those named as Davidson Fellows. Maniar was awarded $50,000 for her coding research to support atrial fibrillation treatments.

Manjar, who will attend MIT, said, “It’s immensely gratifying to be recognized for my work.”

The fourth West Valley teen, Anna Quinlan, received $10,000 in scholarship funds for her work using 3D-printed components to build a closed-loop insulin pump that can reduce production costs and increase accessibility. Quinlan is an Atherton resident who is set to attend Stanford.

Bob Davidson, who founded the Davidson Institute, which awards the scholarships, applauded the recipients for their efforts.

“By being awarded this recognition, these students have shown immense skill and work ethic, and they should be commended as they continue their educational and research journeys while continuing to work to solve some of the world’s most vexing problems,” Davidson said.