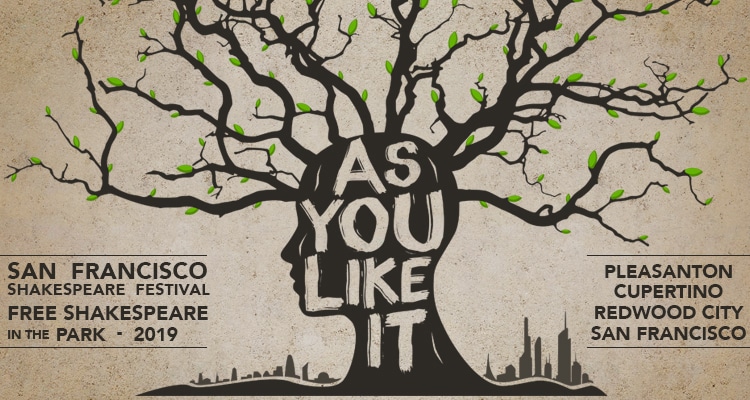 The annual Shakespeare in the Park series is set to return to Cupertino later this month with performances of As You Like It: a new musical.

According to festival organizers, “The cast includes returning favorites from past Shakespeare in the Park productions, including Festival Resident Artists and talented newcomers to the company.”

Cupertino’s Memorial Park Amphitheater, 21163 Anton Way, will host the production. Each show is free to attend and families are encouraged to bring a picnic and blanket.

The schedule of shows in Cupertino:

Shakespeare in the Park performances of As You Like It: a new musical are currently underway in Pleasanton at Amador Valley Community Park. Following the run in Cupertino, the show heads to Redwood City’s Sequoia High School, San Francisco’s Presidio Parade Ground, and closes in San Francisco’s McLaren Park in late September.