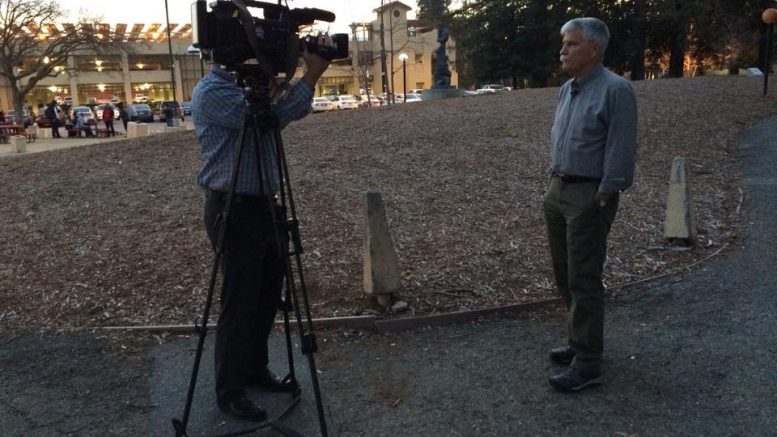 In an email to college staff, the 73-year-old who has served as president for 14 years said he has been battling the autoimmune inflammatory disorder, polymyalgia rheumatica, which is not life threatening but difficult to manage.

“You may have noticed my limping into meetings, and even using a cane on some occasions,” Murphy said in the email, adding that his condition “causes persistent joint and muscle pain, which in my case has not adequately responded to treatment.”

Murphy added, “I cannot any longer balance the demands of my treatment and the commitments of our work.”

Statements made in a college press release show Murphy will be missed. , De Anza College’s third ever president was particularly praised for his dedication to social justice.

“He will be particularly remembered for his support of economically disadvantaged students and development of a nationally recognized civic engagement program at De Anza College,” said district board of trustees President Bruce Swenson.

The college highlighted Murphy’s achievements in promoting initiatives to recruit students from underserved populations, along with services to help those and other students succeed at De Anza. He also led a campus expansion that added buildings, renovations and updated technology.

“I am enormously proud of the dual commitments to educational excellence and social justice that define the college,” Murphy said in the statement. “The work of faculty, classified professionals and administrators has been marked by an uncommon attention to both individual students and the broader dynamics of inequality that frame Silicon Valley.”

Murphy said that he will be “fully engaged this spring” and will work to meet the college’s budget goals and celebrate the end of the 2017-2018 school year.