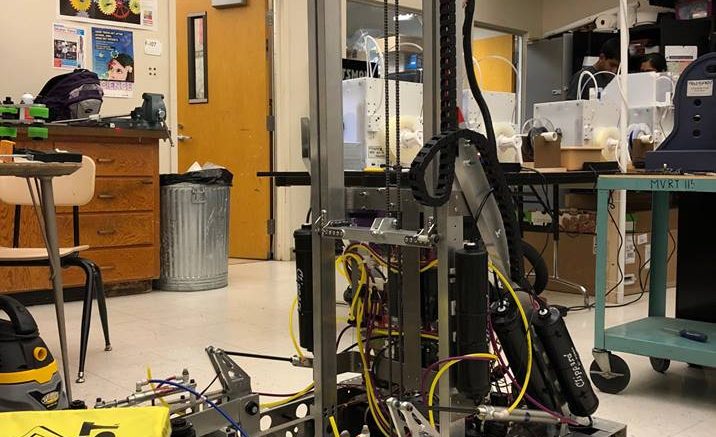 The Monta Vista High robotics team is back in action despite the recent theft and recovery of their trailer and robot.

“With the help of the FIRST and local community, MVRT has been able to raise enough money to replace what was lost in the trailer and will be closing our fundraiser this Friday,” the team reported on Facebook Tuesday. “The amount of support and generosity has been overwhelming; the people we are surrounded by are truly amazing!”

Sometime on Saturday night, March 3 to Sunday morning, March 4, the high school team’s trailer, which contained the competition robot students had built worth about $50,000, was stolen from the parking lot of their hotel near Salt Lake City, where they were competing in a robotics competition.

A few days later, law enforcement in Utah found the trailer, but the robot as well as pricey tools had remained missing. Shortly thereafter, the team announced that a good Samaritan found the robot, named El Toro XXI, in his yard several miles from the hotel where the trailer was stolen.

Despite the recovery, it was unknown whether the students would be able to get El Toro XXI back into competitive shape before the team’s next competition: the Idaho Regional, which is set to take place from March 28 to March 31 at Taco Bell Arena in Boise.

Thanks to the team’s successful fundraising efforts, it is poised to compete in the Boise competition.

“See you in Idaho!” the team proclaimed in the Facebook post. “We’re looking forward to a great competition!”

Be the first to comment on "Monta Vista robotics team bounces back after theft, ready to compete in Boise"