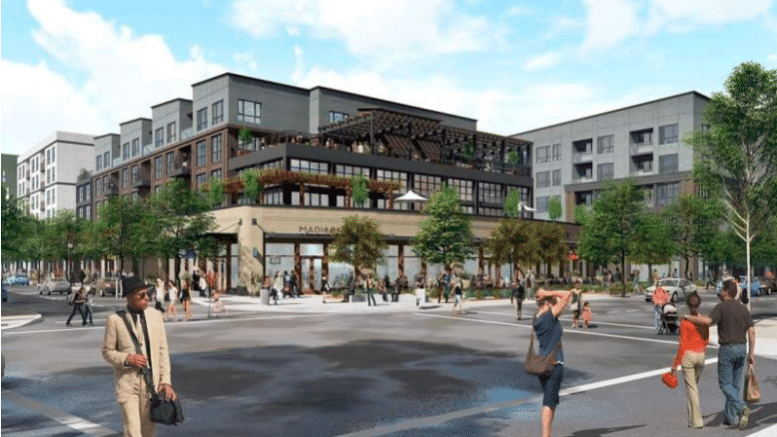 Photo of the 260-unit project at 1900 Fourth St. in Berkeley, courtesy of Blake Griggs Properties.

A developer in Berkeley is looking to utilize SB35, a new state law aiming to streamline housing development, to get faster approval for its long-sought 260-unit housing project.

An official for West Berkeley Investors lamented to CBS Bay Area that it is, in part, a reaction to “a very frustrating five years and millions of dollars of expense trying to bring affordable housing to this [Berkeley] parking lot.” And they’re not alone. This Berkeley-based project is the first one in California to use the new state law, but the developer’s move is gaining regional attention, particularly in cities like Cupertino where housing projects have faced stiff opposition.

SB35, proposed by State Senator Scott Wiener, forces cities that falling behind on their state housing production goals to fast track projects under the SB35 streamlined development process, if those projects comply with all the requirements. For example, based on the current progress on meeting its Regional Housing Need Allocation (RHNA) obligations, Cupertino was designated a 50 percent affordable housing limit for SB35 projects, together with 148 other jurisdictions in California. As a result, a developer would need to apply for a project where at least 50 percent of the units are considered affordable housing. Without this, project proposed cannot be streamlined via SB35.

The new law has gained attention and speculation in Cupertino as it relates to the future of Vallco. Many have speculated that the designation of Cupertino as a 50 percent city would make it infeasible for a project like Vallco. As of posting this, Vallco representatives have not answered our questions about whether they are considering SB 35 for their project.

Meanwhile, there is an ongoing City-led community process for the development of a Vallco Specific Plan. The next public meeting for this process is scheduled for tonight, Tuesday, March 13 from 6 p.m. to 8:30 p.m. at Cupertino Community Hall. At this meeting Opticos, the lead consultant for the Vallco Specific Plan process, will present a set of guiding principles for the project based on the community input that was gathered.