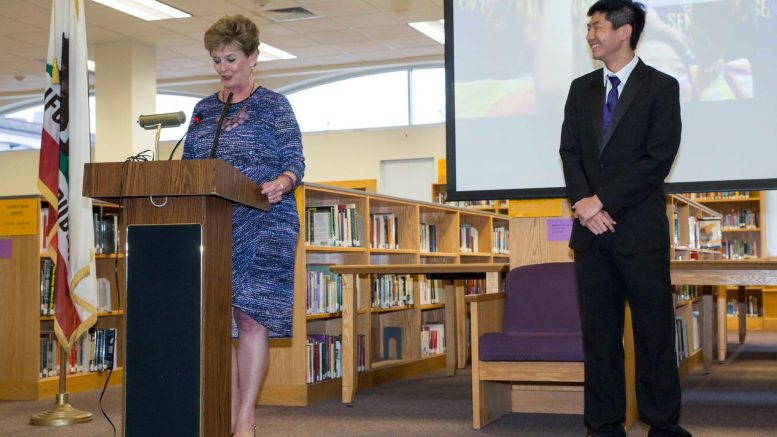 Monta Vista Principal April Scott will retire at the end of this school year, capping 30 years of service to the school district, the Fremont Union High School District announced Monday.

Throughout March, the district says it will seek input from students, staff, parents and the broader community about hiring a principal to succeed Scott, who had served in the role for 14 years. Scott has previously served the district as a math teacher, mentor teacher, department lead, assistant principal and Director of Educational Services.

The district said it will seek a principal to “build on Monta Vista’s many successes, maintain its exemplary academic record and continue to nurture our students as they learn, grow and work towards becoming productive citizens in the world.”

As part of that effort, the district has scheduled several forums this month with faculty, staff, students, parents and the community before it begins to interview candidates in April.

There will be a discussion among staff and faculty in the library on March 13 and during prep period meetings on March 16.

On March 22, students will be involved in the discussion during tutorial in the school auditorium. And on March 27, parents and the community are invited to a PTSA meeting in the auditorium at 7 p.m.

The next principal is expected to be hired in May, after which she or he will work with Principal Scott to ensure a smooth transition, the district said.