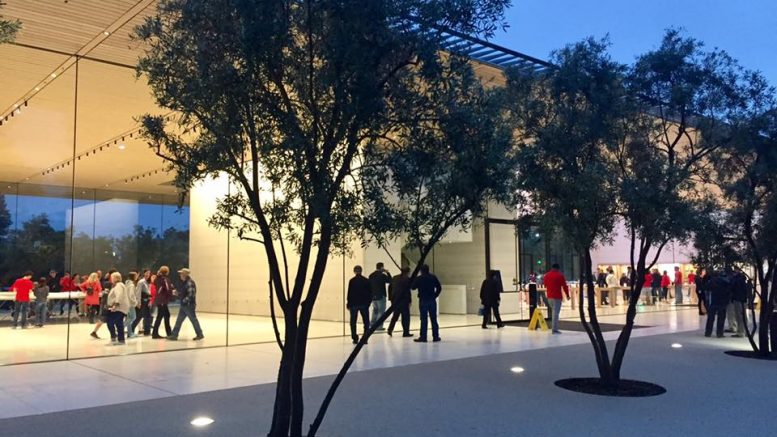 “Disruptions” are occurring all over Apple’s spaceship campus in Cupertino — one in particular is causing employees to say “Ouch!”

MarketWatch broke a potentially shattering story this week that Apple’s large glass walls and doors at its $5 billion campus are causing people to walk straight into them, “sometimes painfully.”

The news organization cited documents and sources about two early incidents after men walked into the glass and suffered minor cuts, prompting the summoning of emergency services.

It’s no laughing matter, as MarketWatch found and shared that there is actually a state regulation requiring that employees  “be protected against the hazard of walking through glass by barriers or by conspicuous durable markings.”

Apple hasn’t been found in violation, the report states.

Naturally, Twitter had a bit of fun with this story: 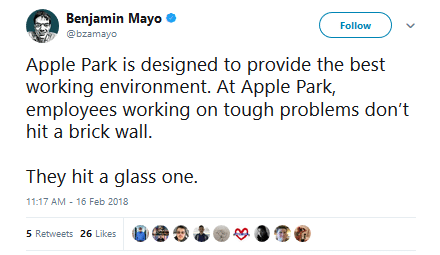 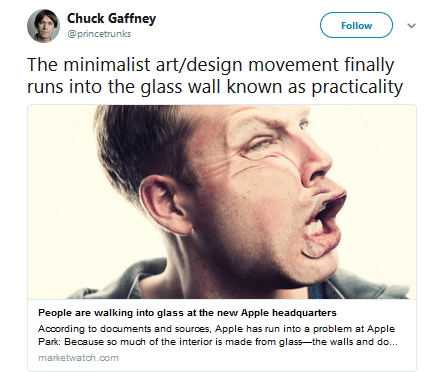 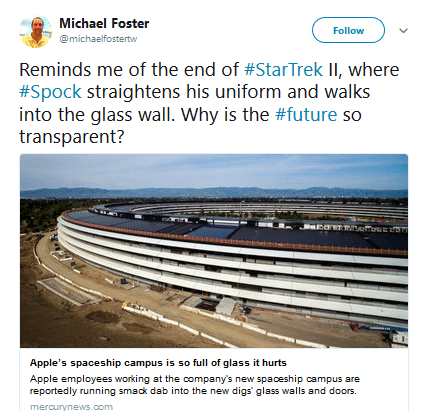