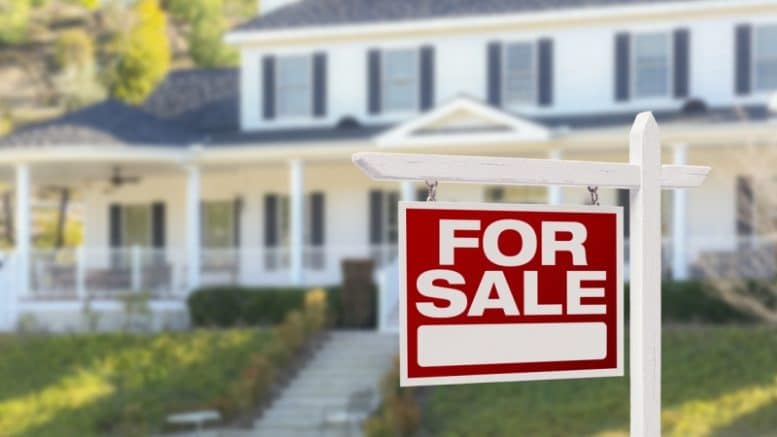 More than half of the Cupertino residents rate cost of housing as the biggest challenge of living in Cupertino. According to Cupertino Today’s poll launched earlier this week, traffic is the second biggest concern with 29.2 percent.

Quality of schools got a 3.2 percent, followed by 7.4 percent for not enough retail and 8.3 percent for the general cost of living. 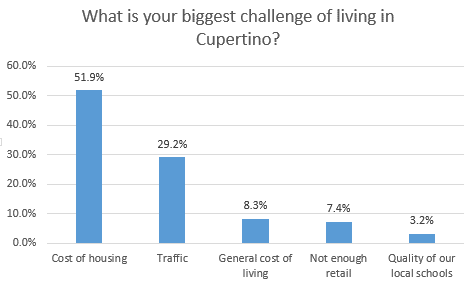 The region-wide housing crisis has definitely hit our community, with 51.9 percent of participants indicating this as their biggest concern. That does not come as a surprise, as Cupertino was recently named the Bay Area city with the highest rent increase and many community members have expressed a need for more housing in Cupertino.

An issue often linked to housing availability, traffic ends second on the list. A respondent of the poll, Cupertino resident Richard Lowenthal, said, “I’m of the belief that insufficient housing is contributing to the traffic problems as people’s commutes are too long and that fills our freeways.”

Traffic congestion in the Bay Area is up 80 percent since 2008 and Cupertino has been hit especially hard, as two of the top ten most congested freeways in the Bay Area move directly through the city. With only one house for every eight jobs in the region – seven people are required to commute from outside the area – creating more housing near job sites will be crucial for preventing a traffic increase in the future, as was also confirmed a few months ago by a city-led Transportation panel.

In Mountain View, approximately seven miles from Cupertino, the City Council approved a plan on Dec. 12 to add nearly 10,000 housing units to the area, including 1,970 units priced at below market rate, in an attempt to tackle the crisis, according to the Daily Post. Mountain View Councilwoman Margaret Abe-Koga told the Daily Post that she hopes neighboring cities, such as Cupertino, will follow Mountain View’s lead in creating more opportunities for housing.

The City already has a plan on the table that might offer more housing in Cupertino. The owner of Vallco Shopping Mall recently submitted an official request to restart the planning process at the mall. Sand Hill, the owner, has asked the City to study alternatives to the previously submitted plan, with an increased amount of housing units, a significant amount of those affordable.