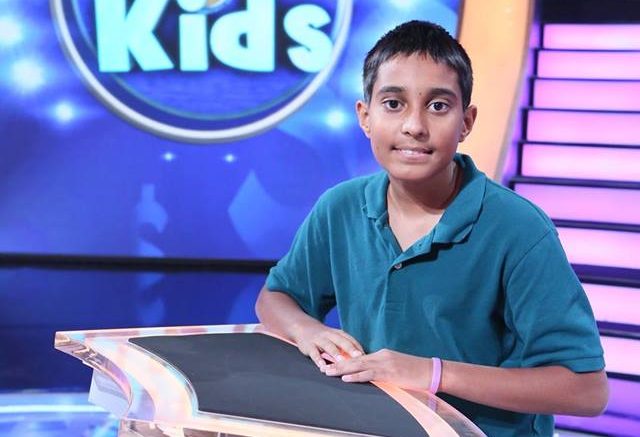 Cupertino resident Shiva Oswal, age 13, became the youngest ever ‘Whiz Kid’ to win $250,000 in ‘Who Wants to be a Millionaire Whiz Kids Edition’, which aired on Tuesday, Nov 14.

Regarding his television debut, Shiva — a homeschooled eighth-grader who received a perfect score on the math portion of the SAT when he was just 11 years old  — told Cupertino Today his  “strong curriculum held me in good stead.”

“The toughest question was the half million-dollar question about Presidential Inaugural Addresses that I walked away from,” he said, adding that he plans to donate some of his  $250,000 in prize money to charity and save the rest for college.

Shiva is no stranger to difficult contests. Last May, he took eighth place in the National Academic Quiz Tournament  and was a finalist of the National Quizbowl Awards Middle School Player of the Year.

He has played in over 23 Quiz Bowl tournaments since the fifth grade and was the youngest player to be an All Star at the 2015 Middle School National Championship Quiz Bowl Tournament.

Shiva is undecided about his plans for the future, but is currently enjoying receiving his education at home.

“I love being homeschooled and the freedom that comes with it,” he said.