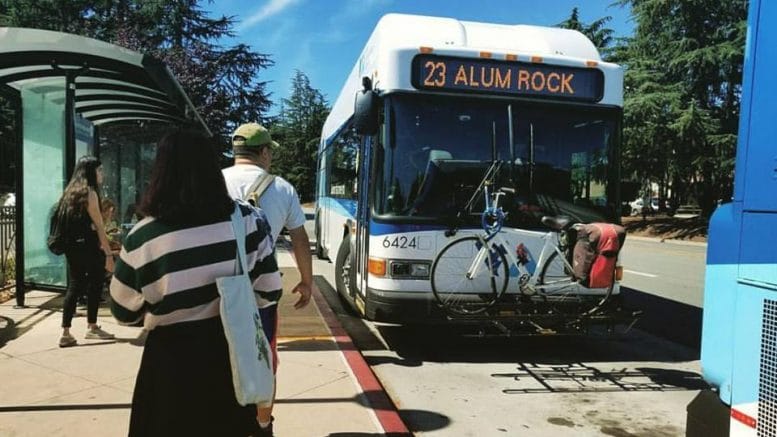 The Santa Clara Valley Transportation Authority (VTA) announced Monday an increase in the price of the adult fare from $2 to $2.25 per ride and a reduction in the youth fare from $1.75 to $1 per ride starting Jan. 1.

See the chart below for all fare adjustments beginning Jan. 1.

Additionally, riders who purchase a Clipper card will get free transfers for two hours between all VTA vehicles, with the exception of Express bus trips, where free two-hour transfers are allowed only between two Express buses.

Also taking effect Jan. 1, the VTA said there will be frequency improvements and expanded hours of service as part of the agency’s New Transit Service Redesign:

For more details of system enhancements and modifications planned for next year, please visit here. 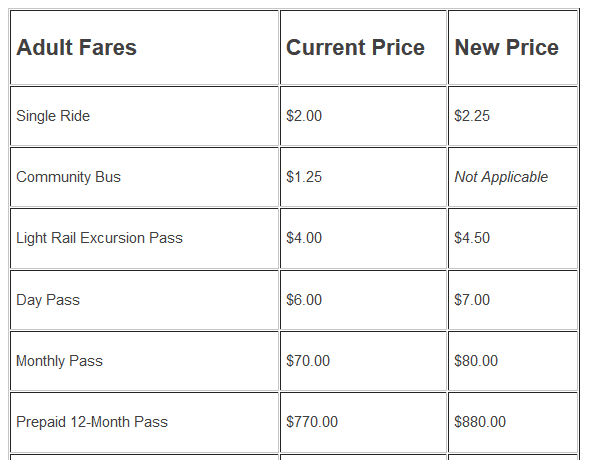 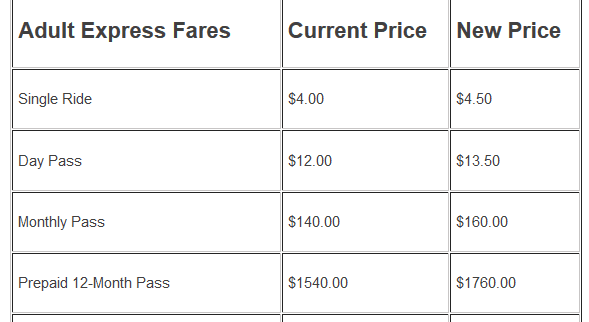 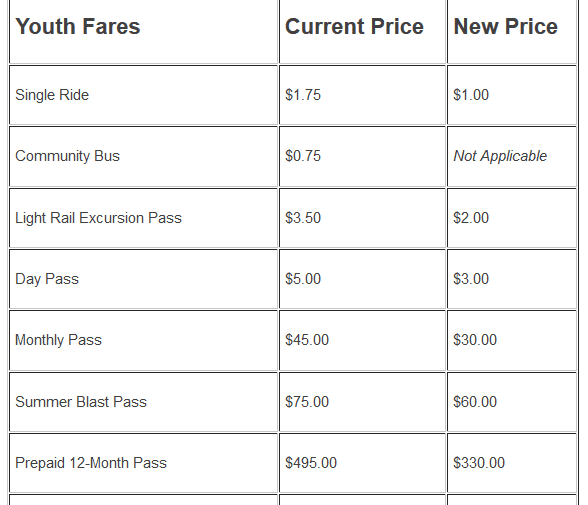 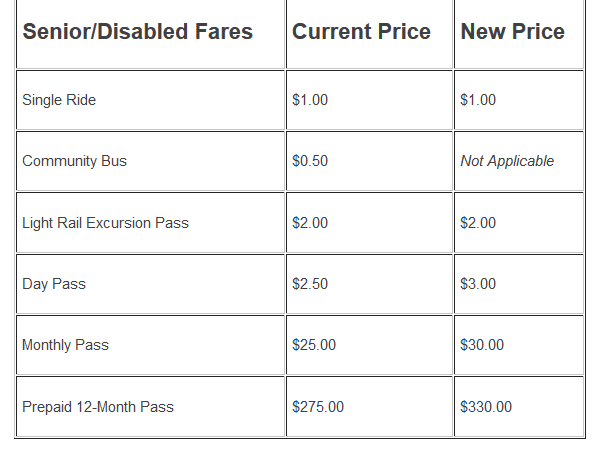 Be the first to comment on "VTA to raise adult fares, reduce youth fares starting Jan. 1"