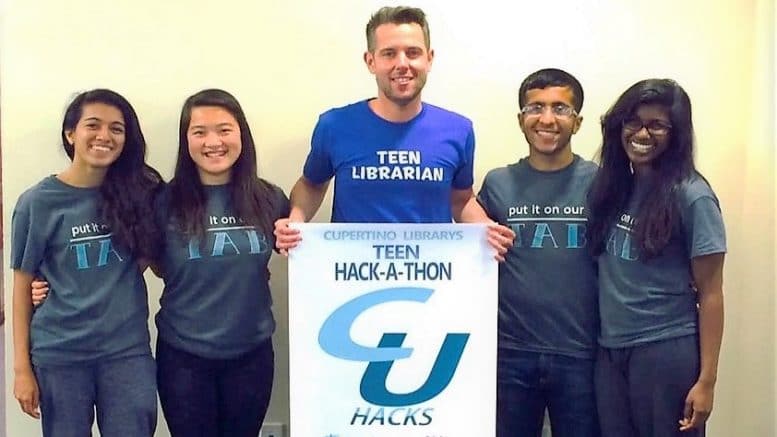 Matthew Lorenzo, the teen services librarian at Cupertino Library, has won an award for being exceptional at his job.

Only one award is given each year, and it recognizes Lorenzo’s significant contributions to young adult services at the Cupertino Library and within the Santa Clara County Library District.

Lorenzo spent six years working in elementary and high schools before receiving his MLIS from the University of Pittsburgh and later beginning his work as a teen librarian. His local projects have included the Santa Cruz Public Library’s Teen Battle of the Bands, Woodland Library’s book club for teen guys, “Book Dudes,” and the Cupertino Library’s Green Teen Garden Project, a hands-on gardening program that donates all grown vegetables to people in need within the local Cupertino community.

Lorenzo also served as the president of the Bay Area Young Adult Librarians Association (BAYA), writes for the Voice Of Youth Advocates (VOYA) magazine and created CU Hacks, the first overnight hackathon for teenagers in a public library venue.

“Matt’s teen programs have been featured in both Library Journal and School Library Journal, and he is a featured speaker in LJ’s professional development course, ‘Coding Program Workshop,'” according to the CLA. “In 2015, Matt was the recipient of the SCCLD’s ‘Employee Excellence Award’ and Santa Clara County’s ‘Outstanding Employee of the Year Award.’

His latest award, sponsored by the Bay Area Young Adult Librarians (BAYA), earns him $500 and a one-year membership to BAYA.