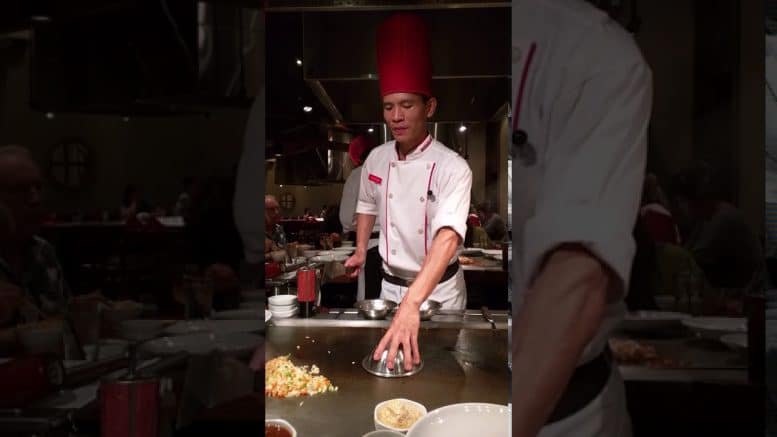 That’s the question behind a video that has made a personable cook at Benihana Cupertino a top finalist for the restaurant chain’s Chef of the Year.

Every year, the Hibachi chain that serves dishes grilled tableside by theatrical chefs lets their guests decide who should be Chef of the Year. They ask restaurant patrons to submit videos of their chefs in action.

Benihana Cupertino Chef Jason, who was filmed performing a trick where one covered-up egg magically becomes two eggs, was named a top finalist after his video was submitted by guests to the company’s website and social media platforms.

More than 250 videos were submitted by guests to Benihana’s website and social media platforms, all for the purpose of nominating top chefs.

Chef Jason didn’t end up winning the contest. The grand prize went to Chef Mateo of Beverton, Ore (see the winning video below). However, Chef Jason was among four finalists that included chefs from the Las Vegas Strip, Carlsbad and Anchorage, Alaska.