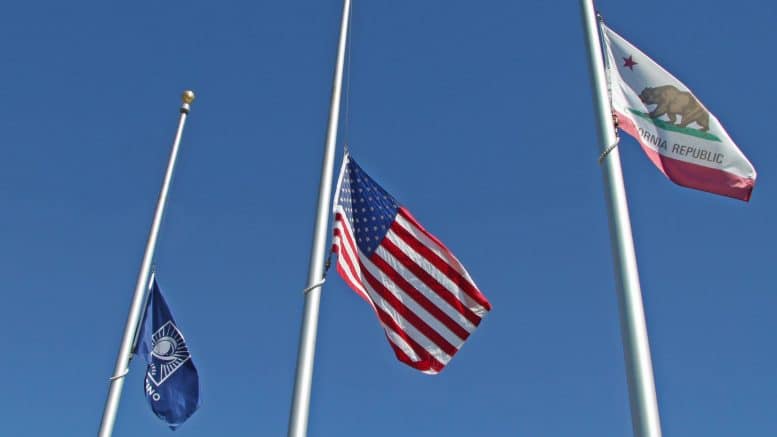 The flags at Cupertino City Hall were lowered to half-staff today to honor the victims who were killed and injured in a shooting rampage at a country music concert in Las Vegas on Sunday.

Fifty-nine people are confirmed dead and 527 injured after a lone gunman opened fire from a high-level hotel floor at the Mandalay onto a crowd attending the concert on the Las Vegas Strip. The incident ended with the gunman committing suicide.

The attack was one of the deadliest mass shootings in American history.