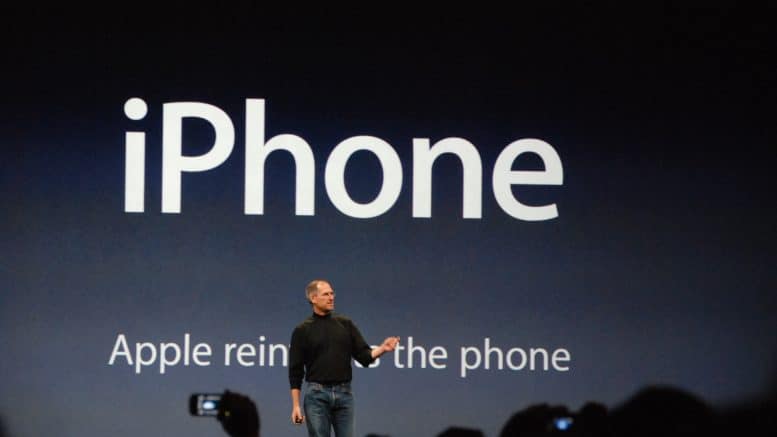 Steve Jobs at the introduction of the first iPhone ten years ago, in 2007

Apple is set to release the 10th anniversary iPhone at its new Cupertino Apple Park campus on Tuesday.

The location of the event may be equally as exciting as the phone release, as the Steve Jobs Theater at 10501 N. Tantau Ave. has yet to be publicly unveiled. Although the Apple Park campus construction hasn’t completed, the city has provided the company with a temporary occupancy permit to hold its anniversary at the state-of-the-art theater.

Steve Jobs Theater features four underground stories, two rotating elevators, and a maximum occupancy of 1,000 where guests can sit comfortably in leather seats “said to cost as much as $14,000 a piece,” according to Mercury News.

The event will begin at 10 am. tomorrow and can be watched via live stream on Apple’s website. Click here to watch.